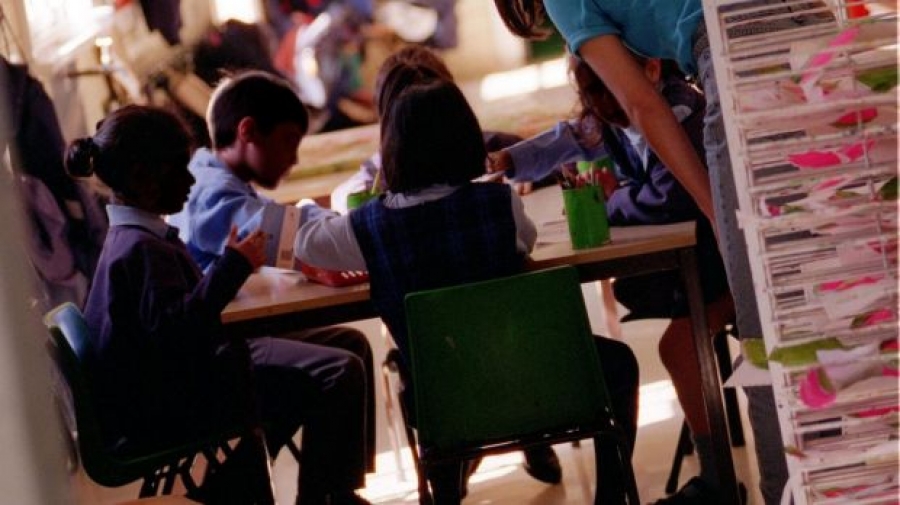 Here is a sentence I wish had never been written: "Children are starting kindergarten less academically prepared than they were three years ago."

It is from the latest Auditor-General's report on the education system in NSW. The same report highlights that primary and high school students in NSW are not meeting the state government's NAPLAN reading and numeracy targets.

These reports, and many others, represent the near constant state of alarm around results and performance, a focus that reflects the current climate in education that favours competition, measurability and cost-cutting above meaningful learning.

But after the dual experience of my son's first year of schooling and my first foray into high school teaching, it seems to me this culture of assessment and accountability is choking teaching and learning.

Academic success in schooling is, of course, to be desired, but it is not the sole purpose of teaching, and increasingly, schools are emphasising success purely in numerical terms – with the HSC as pinnacle.

The argument here is not that testing or data collection are inherently bad, but that the increasing reliance on measurement comes at the expense of other modes of learning and is also, more worryingly, linked to a broader trend toward competitive individualism that is not serving the needs of successful schooling.

The obsession with results forms part of a wider neoliberal culture of "me first". But as academics O'Flynn & Peterson point out, research now shows that opening schools up to economic rationalist practices is having a profound, detrimental effect.

Neoliberalism in education transposes the ethos of running a cost-effective business onto teaching and learning.  In Australia this is best seen in the introduction of NAPLAN testing and the publishing of results on the Myschool website. This type of "school league tabling" follows a corporate business model of education, an approach criticised not only for shaming poorly performing schools, but also for  encouraging "teaching to the test".

As a new teacher, I lamented wanting to focus more on getting the students to engage with the text, instead of just preparing them for a test. A colleague responded by saying, "That is not what we are here for, though, is it?" And so it went that many a lesson was spent with dull-eyed students memorising quotes to plug into essays.

Evidence of "teaching to the test" emerged when the federal government held an inquiry into NAPLAN and heard claims from teachers that "well planned, engaged and worthwhile teaching plans" were "put on hold" to accommodate a fast-tracked curriculum for NAPLAN preparation. It also put unprecedented pressure and stress onto students.

NAPLAN has also spawned a flood of products marketed to parents focused on improving their children's results. Vitamin company Nature's Way sparked outrage when its ad for fish oil tablets finished with the line "NAPLAN testing starts May 14" (the ads were quickly withdrawn). Another company is marketing NAPLAN teddy bears. This corporatisation is indicative of how business is likely to exploit anxieties about success when education is treated as a product.

None of this is to suggest we should neglect high academic standards or ignore falling rates of literacy and numeracy, but we should question the means of lifting them.

There is an ever-earlier start to formal schoolwork along with an overly academic test-driven curriculum.

Before my son began kindergarten I read an article reporting that literacy and numeracy classes for preschoolers were booming; there had been an increase in enrolments for tutoring children under five because parents were looking to give them "a head start".

In my son's first week of kindergarten he was given a homework book that had to be completed four days out of five for the rest of the school year. If that wasn't enough, children were sent home with assessment notifications for in-class presentations that had to be performed with palm cards and meet a number of assessment criteria.

In Australia we have one of the youngest school starting ages in the world. In Finland, Shanghai and Singapore children do not start formal school until they are seven, and in Finland homework is non-existent until senior years of schooling.

If you are in doubt about which approach works better academically, these are three of the highest-performing education systems in the world. But being solely concerned with academics is precisely the problem. In Finland, they reject this obsession and focus on learning how to learn, particularly in the early years.

Australia instead has a neoliberal policy in education that has grown to such an extent that the demand for data and increased academic outcomes has been prioritised over all else.

It was more than 50 years ago that Australian poet Judith Wright  – a literary staple in the school curriculum – penned a piece lamenting the "deadening of creativity" by a school system that had an "examination fetish". I hate to think what she would say today.