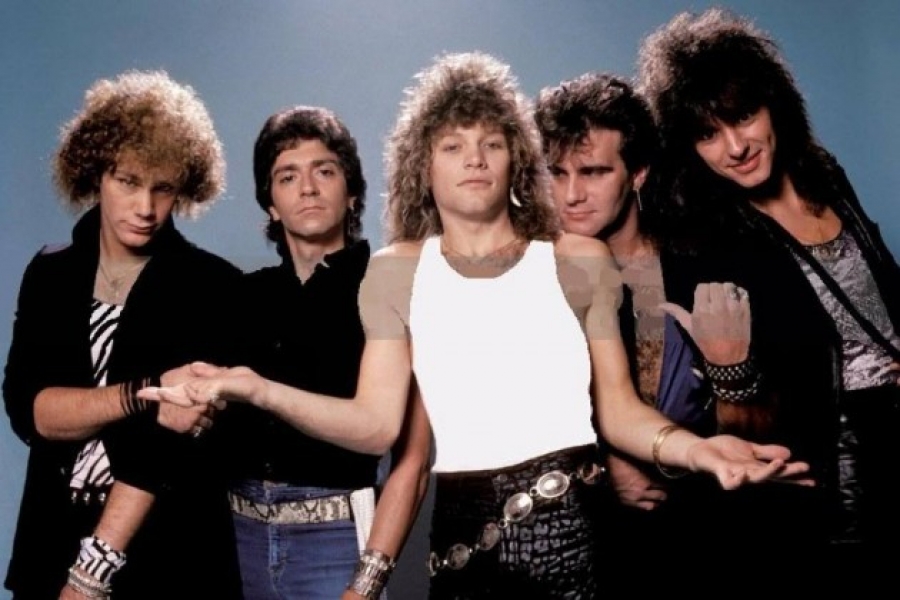 People that know me well come to see a fairly determined side that I usually try and mask with feigned nonchalance, but which in reality once earned me the description of having the: “tenacity of a blood thirsty tick”.

And nowhere has this trait been more obvious, or perhaps better applied, than in my teenage love for Bon Jovi and my quest to meet them.

People sometimes struggle to confess their first true musical love, often failing to extend their reach back far enough when they are quizzed by potential girlfriends or boyfriends about the first album they bought, instead settling on something far cooler – it was years before I learnt that my partners real first musical dalliance was not the broody, moody, arguably credible The Cure, but in fact, Bros.

My own first musical infatuation began early, when I was still in Primary School, and still young and naive enough to misinterpret the innuendo behind the album title “Slippery When Wet” as simple, kind, caution.

Back then, Wentworthville had a music store on Dunmore street, just down from the entrance to the mall. It had rows of 45s in boxes that you could flip through, and cassettes lined up along the walls like books in a library.

It was in this little music mecca, wedged between the milkbar and the bare arcade up the road that I bought my first Bon Jovi cassette. And so began a budding obsession that would grow to great heights.

I bought every album they released and limited my entire music collection to this small stack of tapes besides my bed, because loyalty is an important part of devotion (I didn’t listen to anything else, unless by accident).

I collected posters and began to line the walls of my room, not stopping until every visible surface of my thin, fibro, peach-painted walls was covered. Pride of place belonged to a full length, life sized poster of a strutting Jon Bon Jovi, melting the lens with soft brown eyes and pillow puffed lips all framed by an electrified halo of hair.

Before a new single was going to be released I stayed glued to my radio, blank tape at the ready, fingers hovering over the play/record buttons so I could capture the song, and then listen to it incessantly until the tape started to whirl and warble with overuse.

I joined their fan club and dutifully posted gifts to Jon Bon Jovi on his birthday, including a soft teddy bear clutching a big red love heart.

I graffiti’d ‘Bon Jovi’ everywhere. Teachers came to know me from the scrawls I left all over school – on the desks, in the toilets, on the bricks in the stairwell…..

It wasn’t a school built on pride of place (known locally as Pendo Prison), or one that held high expectations, having famously once showed us how to fill out a dole form as part of a careers lesson – so these minor graffiti misdemeanors where met with nothing more than a pitying smirk.

I spent days copying out lyrics into my diary, and while I may have lacked the language and understanding of structural inequality back then, I still knew that Tommy and Geena from Livin’ on a Prayer were sticking to the man; that they were working people, like my people were too.

And as a sensitive, self conscious young girl, with no real regard for musical respectability, it was this combination of sexiness and sentimentality that left me, in the words of the man himself: Shot Through The Heart.

I told my friends – endlessly, ceaselessly  - that one day I would meet them.

When they toured in 1989 I was in Year 6 and I wasn’t allowed to go. I had to settle instead for a shirt brought back from the merch stall.

I somehow got word that they were staying at famed celebrity haunt of the 1990s  - the Sebel Townhouse in Elizabeth Bay.

I caught the train in from Wenty, wearing little demin shorts and the faded old Bon Jovi tour shirt from years before.

The city service back then was terrible and waiting at Wenty often meant sitting in the hot sun for nearly an hour as time slowly dripped by in a suburban spaciousness and near silence that made the place feel utterly empty.

I always loved that train ride into town though, the tracks cutting through neat rows of quarter ache blocks, where in contrast to the often manicured street fronts, untidy back yards hung out like an exposed bare ass for all to see.

But once I reached the Cross, with its crammed city streets: gritty and grimy and full of colour, movement and noise -  I noticed nothing.

I walked until I reached Elizabeth Bay’s terraced lined streets where trees dipped delightfully over fences and streets careened down towards the waters edge. I was on a mission and this crooked wonderland, that was a world away form Wentworthville, was but a blurry backdrop to my strident steps towards the hotel.

I didn’t really think about what I would do when I got there, or the fact that I wouldn’t be allowed anywhere near their room, or past the front desk. But fortunately a few more seasoned stalkers were already there and I followed their lead.

We would loiter around one door, then like a tide of water billow over to another, and back again, as we tuned into any sound, or movement, or word of gossip. Ears pricked, feet primed our eyes scanning and scoping out the space like secret service agents.

We bolted as the slowing car eased down a driveway towards an underground carpark, I think in reality there were not that many of us …There was no security detail, or cordoned off areas, or heavy handed antics.  As they got out of their car some kind of unspoken fangirl code saw us form a ragged line so they would past each of us on their way to the lift.

Even now, the memory of the moment is a blur. But before I knew it this heavenly creature - whose previous incarnations had only ever been as a pixelated TV image or grinning face on a glossy poster - was upon me.

Nervous and fumbling I stuck out the cassette cover I had brought with me for him to sign –an early, little know release from before the height of their fame - along with an old yellow Bic pen with a blue nib on the end.

Upon realizing what it was he flashed a showbiz smile and said “Well, you don’t see this one very often” and then with a quick flick of this wrist scrawled his autograph in the thin blue ink and moved on.

I don’t think I had even blinked or moved my mouth.

The start struck moment was like the dead point on a swing, for a beat everything is suspended and gloriously slow, then, too quickly movement and action and motion all return with a flourish…..

I don’t remember leaving, or getting back home.

But I do know I swelled with pride at my autographed album and famous encounter. I guarded both the memory, and the mementos, fiercely – sticking the signed album cover on the wall next to my bed, and attaching the pen he has used to sign it with to the top corner of my school desk – one of those old computer desks that had shelving attached above.

Years later, when I had grown out of my obsession enough for my memorabilia to migrate up into the cupboard, but not yet enough for it to be fully relinquished, my father  - who was a complex and contradictory man - threw it all away because “it was a bunch of crap taking up space”.

But back then, in the height of my mania, he was once a great protector of the pen.

A tradesman had come to lay new carpet in the bedrooms and was helping clear out the last bits and bobs of furniture, including my desk where the pen resided in a large blob of blu tac like an article in an altar.

They positioned themselves on either end, ready to carry the pale pine wooded thing out the door when the tradie’s big mitt came dangerously close to dislodging the pen.

“Watch out for that mate. Bon Jovi touched it” – and he gave a nod back over his shoulder to the numerous images lining the walls. “The daughter keeps it there.”

And they shared a soft smile and chuckle at my expense, and then finished the job while keeping the yellow Bic pen perfectly in place.